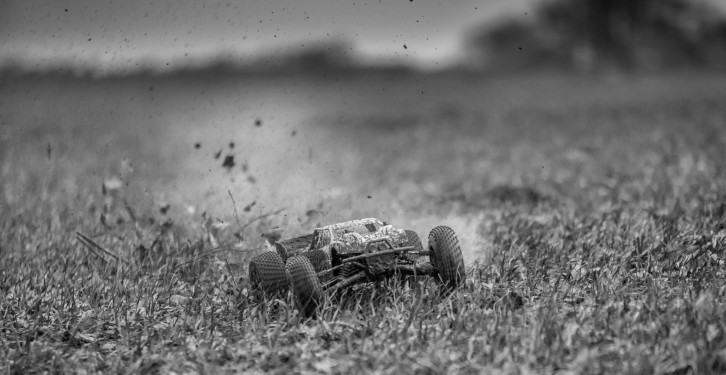 A friend of mine, Ansgar, brought along his RC car. He had wanted some pictures of it for quite a while, so I took my camera along and did some shooting. It proved to be more difficult than I had expected, because the sky was overcast, the car (despite it’s 1:8 scale) still somewhat small and with 70km/h extremely fast.
I had to shoot with f2.8 at ISO 1000-4000 to get a sufficiently fast ISO, but f2.8 at 200mm resulted in a seriously small depth of field. 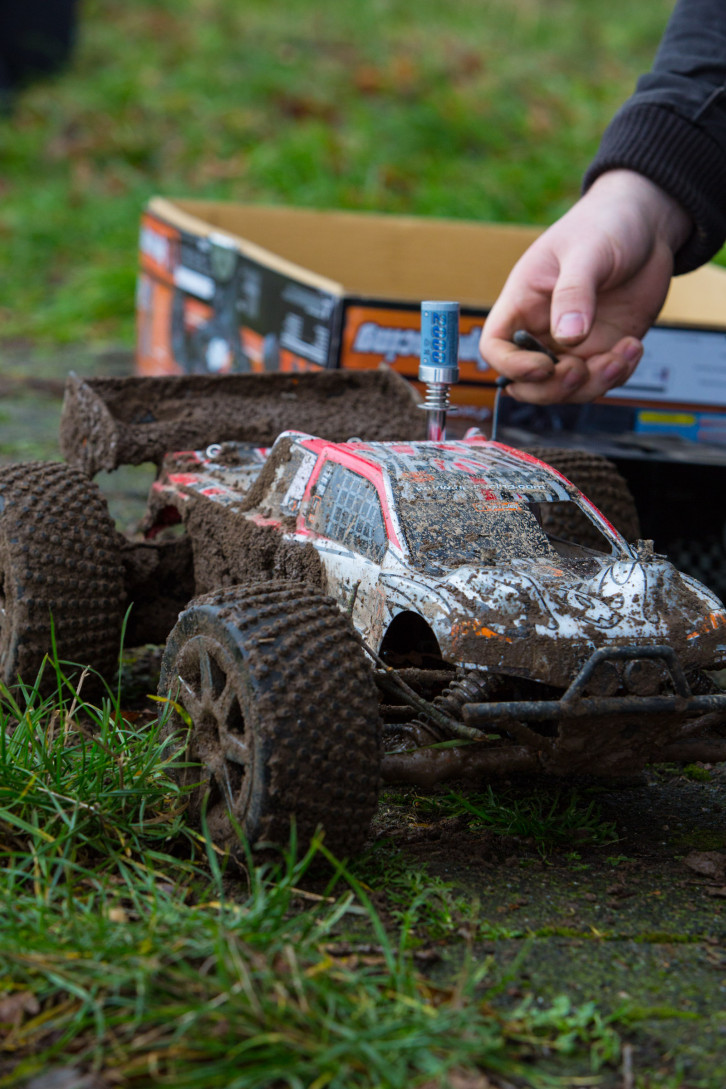 After a number of missed shots, I selected a more appropriate AF mode on my 5D Mark III and gave it another try. Of course I could’ve just went for a spray-and-pray approach, shooting with 6 fps nonstop, but I deliberately wanted to wait for specific shots and plan them ahead. That was difficult but shooting just one picture at a time when the car was where I wanted it to be, while carefully choosing the correct autofocus settings, I managed to take some really nice shots. I knew it already before I transferred any of them to the computer. 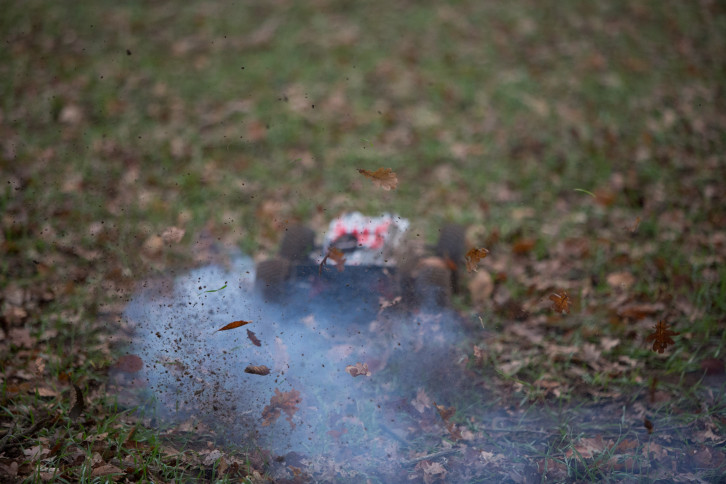 It was an interesting experience that helped me get a better understanding of my camera and of shooting fast moving objects. Basically RC cars are smaller and relatively faster as well as more agile than real cars. With that knowledge in mind I’m particularly looking forward to another Rallye event. 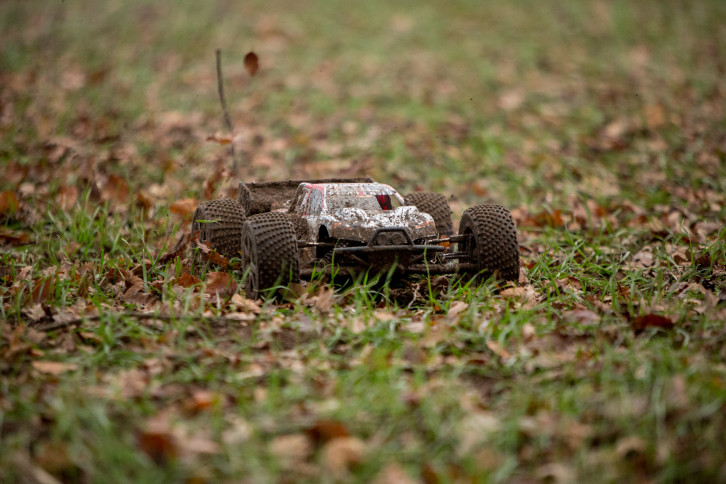 I can only recommend trying this, although a sunny day is much more suitable, as you don’t have to worry about raising your ISO too high. Also keep in mind, everything is accelerated in small scale, the engines doesn’t do 6,000 but easily 30,000 RPM, the wheels move faster and hence you need a very short shutter speed. I went as short as 1/2500s, but somewhere around 1/1000 – 1/2000 usually does the trick. If it was more sunny, I would have preferred to step down to f4 or f5.6, just to get a little bit more depth of field. That would have made it a lot easier. Nonetheless it was a fun and valuable experience as a photograhper.