Recently I got a job offer as a freelancer in Hamburg. Of course this allows me to explore the city during the weekends, especially with my camera. So the past 2 days I went out with my bike and tried to discover a couple of interesting angles.
I managed to get 4 pictures that really appealed to me.

The first one has been taken at the river Alster in the evening. The Hapag Lloyd building is illuminated very nicely at night and giving off nice reflections. 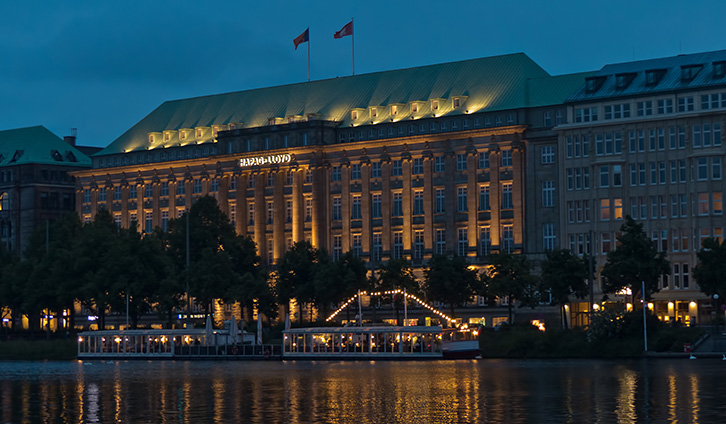 The next two pictures have been taken on my way back. I stopped a couple of times to take pictures and also encountered a number of other photographers. Among them an old man on a bike that took great caution in riding his bike behind me, as to not get into the frame, telling me “Don’t worry, I’m a photographer too!” as he was passing by. The Heinrich Hertz Turm, a radio and tv tower located in the midst of Hamburg, was a subject that I intended to shoot when I first arrived in Hamburg already. Even that evening I had to try out 3 different perspectives to get this picture done.

The picture on the right was more of a snapshot though. I was cycling back home when the golden hour kicked in and this building was lit nicely – in contrast to the building in the background and the leaves in the foreground. The picture looks a little too crowded, but remains interesting nonetheless. 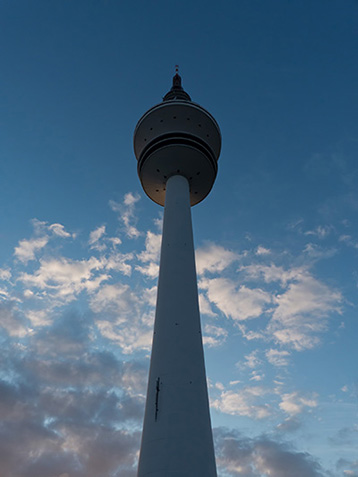 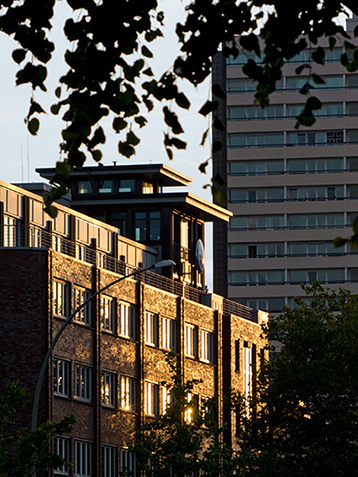 Last but not least the Hamburg exhibition halls with the setting sun. I had to play around with the RAW file quite a bit to get the clouds nicely exposed without making the overall picture too dark (if the picture gets too dark, the silhouette look doesn’t work anymore). I think this turned out to be pretty well. 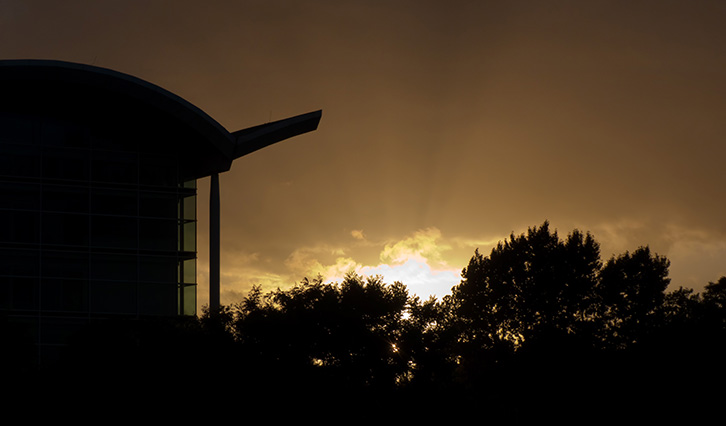 The last picture was shot right at the Alster again. It is a somewhat interesting building because of its facade, which has quite a unique structure. The sun was reflecting nicely on it, but the picture truly shines in black and white. I’d say this was a fairly successful photo session. 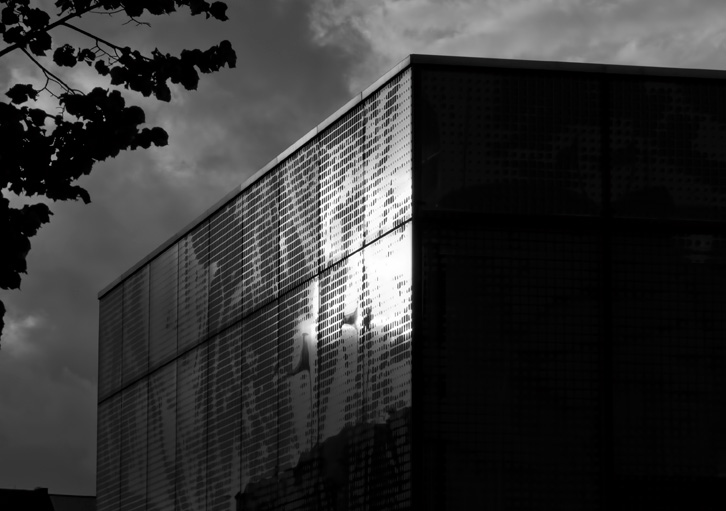