Once again when the sun began to set, as soon as I noticed that it wasn’t too cloudy and I had the chance to take pictures in good light, I grabbed my photo gear (always have it ready to go) and went out. 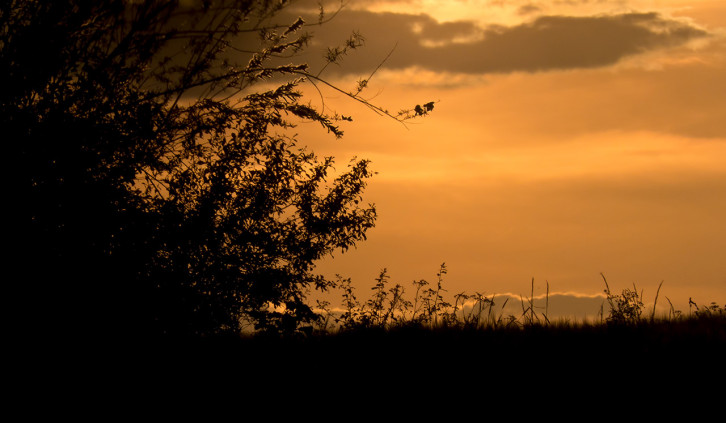 Fortunately I was able to get a number of satisfying shots, which I quickly sorted down to 4 pictures and eventually decided to discard another one, because the quality wasn’t as good as I wanted it to be. The shot above is a single shot with a s slow aperture and quick shutter speed (f8 at 1/2500th), I had to change the position a couple of times until I got the angle right and could point the camera without producing large amounts of lens flare.
It was well worth walking around, because I’m quite satisfied with this shot! On to the next one… 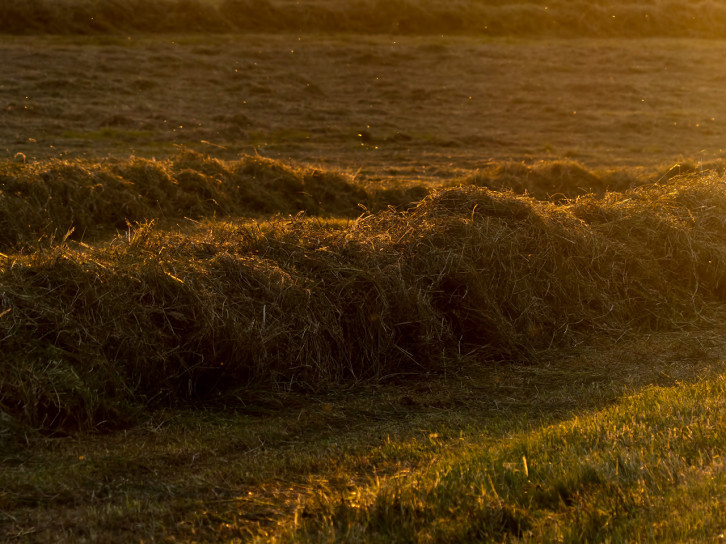 You barely saw all those bugs when you simply passed by them at eye level. However, when you got down to hip level, suddenly they popped up all around you, because of the backlight of the sun. I tried to capture this moment, but I didn’t want every single bug to be just a dot on the picture, so I slowed down the shutter speed quite a bit to about 1/200th of a second (shot at f4) to have a little bit of blurring effect. Just enough to capture the rapid movements that were going on here. 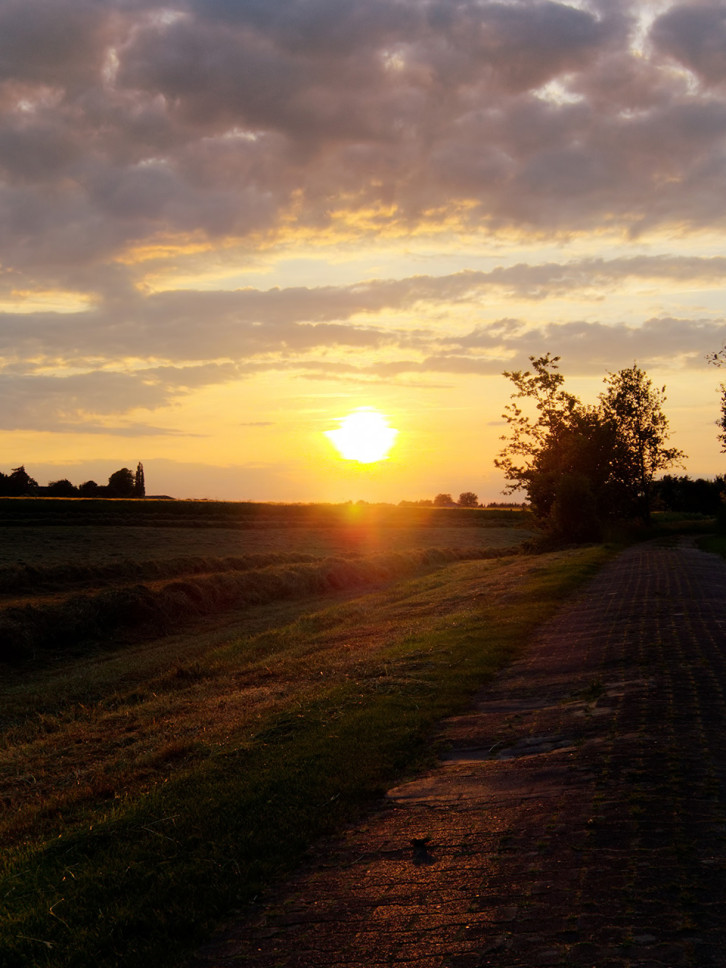 The last picture is an HDR. I have to say, I do like the shot despite I’m not 100% happy with it. I may decide to revisit this one later and re-edit it. Sometimes a picture just needs some time to sink in until you can appreciate it, while others captivate you right away. This isn’t the kind that captivates you right away, but I still like it.
I shot 3 pictures via bracketing (-3, 0, +3 EV) and used Photomatrix Pro to create the initial HDR. Afterwards I edited it some more in Photoshop, because I can never get the light and mood right with Photomatrix Pro alone. If the HDR is decent, it usually lost most of the light and mood that makes it special, so I have to bring that back into it (trying to get as close as I can to the 0 EV picture).